It is very likely that I will, in the coming month, be posting quite a few updates about my progress with my novel.  “Which novel?” you may well ask.  And I would reply, “I have no idea, but I’ve signed up for NaNoWriMo on the prayer that there’s one sitting in my brain that is worth putting on a page.”

Let’s back it up: apparently November is National Novel Writing Month, or NaNoWriMo.  It is a time when writers all over the country gather together in coffeeshops and digital community spaces to write together and to encourage each other in its titular endeavor.  And, as someone who has taken to referring to her craft as a “writing career”, I felt that I should participate.  The problem is that I have no earthly idea what to write about.

I have a couple of fantasy stories knocking around inside my brain.  I have a story about current military controversies, as told from several sides.  I have an unconventional-family drama.  I have the novel I abandoned last year, once I realized that the story arc was DOA.  I have an interracial love story that I’ve been toying with since I saw Aida at the age of thirteen (it’s nothing like Aida).  I have a story about an Iñárritu-like convergence of strangers.  And I have the story of Alexandra Cole, the woman that I would’ve loved to have been in another life.

I have my semi-autobiographical novel about high school.  I have a serial drama about odd episodes in my life.  I have a highly-romanticized account of my eventual film career.  And I have the story that I have not yet thought of, the one that exists in some existential story-space in which a writer must believe in order to craft a truly authentic story.

Wish me luck, &c., because I have apparently resolved to write a novel.

Everything beckons, and I feel
As one torn in all directions–
Adrift on varying currents,
Pulled this way and that
By indifferent waves.

There are teeth inside me
Gnawing constantly with
Doubt and pain–Indecision,
Guilt. Sin perceived
Is sin committed.

I want to crawl into this
Stranger’s house–with its
Cheerful chaos, and tidy color:
Gray, soft-seeming–
Like a dove.

Maybe I can slip through
Between Mother’s feet,
As a mouse–I’ll feed
On scraps of food (and love)
The family drops.

Maybe I can disappear
Into any (other) body–
Other soul, other mind!–maybe
I can be absorbed
Into an easier life.

Probably not.  But I still want to share my photos because some of them are beautiful.  Also: special thanks to Esther for being a gorgeous model. 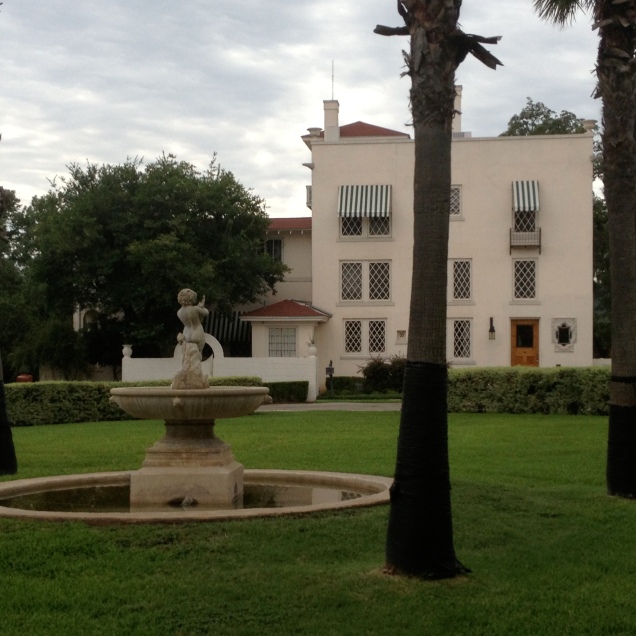 The terrace seen from the great room at Laguna Gloria

A chandelier inside Laguna Gloria–one of my artsy photos (made possible by 50,000 windows on that building)

An interior bannister at Laguna Gloria

Lamp and grate at Laguna Gloria 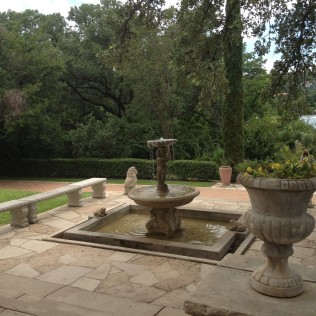 The back terrace at Laguna Gloria

The main museum at Laguna Gloria, seen from the back 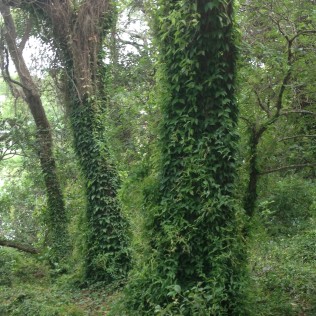 There were so many cool vines wrapped around trees at Laguna Gloria! 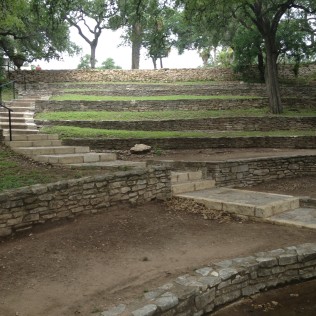 The amphitheater at Laguna Gloria, taken from below

A far view of the steps at Laguna Gloria with the string of lights…I want to take engagement pictures here, at night, with the bulbs lit (and with a professional photographer) 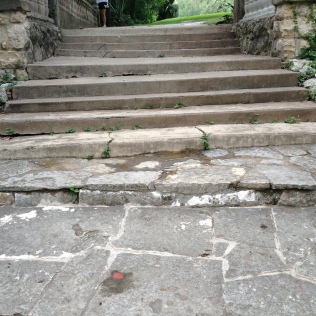 Steps before a stone feature at Laguna Gloria

Steps before a stone feature at Laguna Gloria (detail)

A stone feature at Laguna Gloria 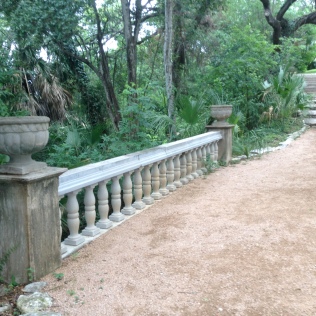 Another view of the stone feature at Laguna Gloria 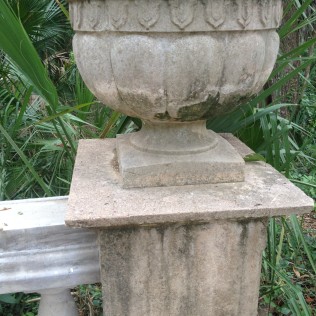 A statue at the end of the feature at Laguna Gloria

A staircase at Laguna Gloria

A view from on the staircase at Laguna Gloria

The gate above the path at Laguna Gloria 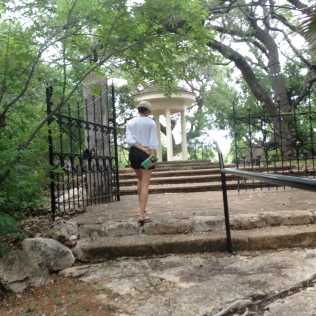 Esther with the open gate at Laguna Gloria

Esther with the fountain at Laguna Gloria 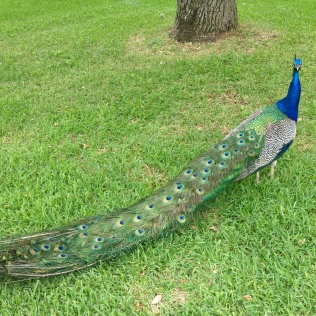 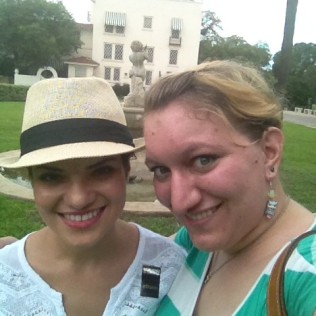 Esther & Me at Laguna Gloria

I am 25 years old, a self-described Writer, Editor, Thinker, Friend. I graduated from Rice University in 2010, but my life since then has basically been a TV show. I'm only just now entering true adulthood. Most people seem to think being a writer means having a blog, so I decided to be serious about this. We'll see how it goes. Sometimes it will be a little; sometimes it may be a lot. But I'm going to try to keep this as a consistent record of the life I am building, the things I am doing, and the person I am becoming. To learn more about me and get some background information (some posts might be confusing without it), please check out the post entitled "Manifaustin".
%d bloggers like this: